Novo B rises quietly and is now at a price of 250, Therefore, I am quite sure that we see rate 260 this year.

Here are a few new pictures of my account 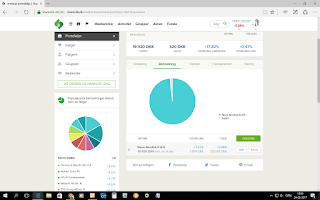 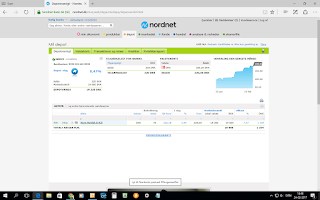 Novo still need to buy a lot of Novo B own shares in the share program, this has got some to talk about a price 300 this year (2017), this seemed very optimistic. 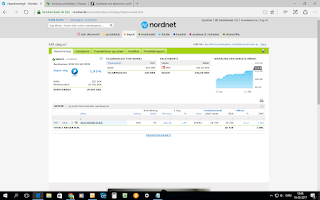 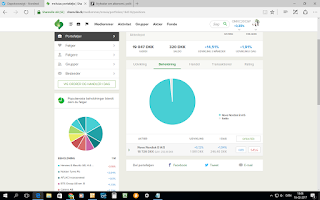 Novo B is right now around the course 245 and I am quite sure that we see rate 260 this year,


Here is a little advice:

There can be hiden gold in the attic or garage. Not necessarily outright gold understood, but old paintings or the like that can be worth a fortune, so you can quickly get started with your investing.
Indsendt af Unknown kl. 03.53 Ingen kommentarer:


Here is a little update. 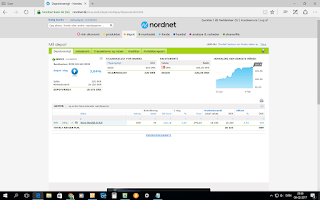 Right now the exchange rate and varies between 238 and 240, this is the very fine since I bought at a price of 232.8 and there will probably be a while before we see a very high rate, I'm still quite sure that this is the right purchase.

Reflect on your purchases


The more money you have should not mean a lesser degree of due diligence. You can buy too expensive and not at the right time if you become indifferent, just because you are not in a financial situation where you as such need to consider every little purchase you are doing.

But remember; many small streams forms a large stream (save up and get rich)

Dear reader.
I see Novo as a good opportunity for a capital gain in the long term, I am sure that Novo will reach a price at 270
In the short term we will see:
· Lower price in the United States due. Trump· An action in the United States, where companies are alleged to have coordinated the prices of insulin· Back purchases and dividends· New Managing. Director of Novo Nordisk Lars Fruergaard Jørgensen.
So the outlook for 2017 is downgraded, as now seen risk of a decline in revenue and earnings in local currency due. to USA, but maybe Novo can win a little on the Danish currencyNovo Nordisk will in the coming year to buy back own shares totaling 16 billion. kr. It is an extension of the previous program, which was for 15 billion. kr. in 2016. In addition to the payment of dividends.


In the long run we will see this:
Opens for major acquisitions or more research and developmentNew products on the marketNovo is well equipped for the future (has money in the bank)


Novo Nordisk is gets ready to seriously bring billions into play in the quest for growth, this may be an acquisition or more research and development


Novo is currently working. get one or more product on the market for obesity.

At Novo´s home page you can read this:


Lars Fruergaard Jørgensen, president and CEO: "2016 was a challenging year. While we met our financial guidance for the year, strong market headwinds in the USA meant that we had to revise our long-term financial targets. However, 2016 was also a year in which we announced very encouraging clinical data for our key products, providing a solid foundation for future growth."

Therefore, I am sure that Novo B is the right choice, we would certainly see a price 270 within 2-3 years.Novo is well equipped for the future
Recommendation:2017 Buy / Hold2018 Hold / Hold

It is apparent from Bloomberg News.

I therefore chose to sell my 420 shares in G4S, here's is my bill from my bank 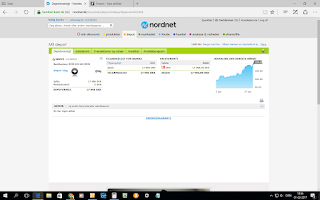 I'm starting to look at several share purchase, but it takes the little time to make in-depth analysis, therefore, I write as soon as I have found a new company, which will allow fine dividends.

Make 1 million in only 10 years